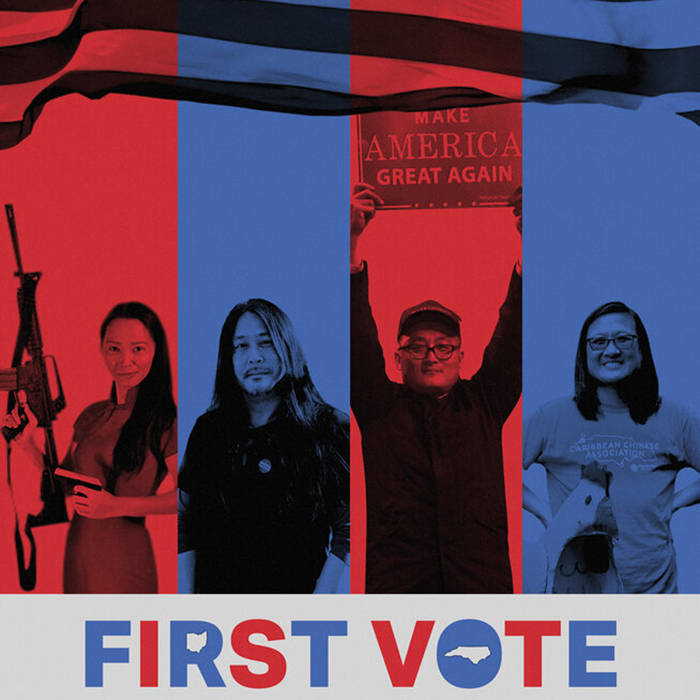 In my score for First Vote, I tried to create rich and varied ensemble texture. It features acoustic instruments against a backdrop of warm synthesizers, keyboards, guitars and percussion. Stylistically, the music ranges from fairly straightforward to deeply introspective, with ambient rubato sections.

I worked closely with director Yi Chen to achieve her vision for the music. In the first half of the film, the score is very sparse, but as the storyline unfolds, it gathers momentum into a music-laden finale.

FIRST VOTE is a character-driven vérité documentary about four Chinese Americans’ first-time voting and organizing from the 2016 presidential election to the 2018 midterms. In Ohio, after casting his first vote for Trump in 2016, a conservative podcaster mobilizes immigrant voters for the Republican Party. In North Carolina, a progressive journalist confronts the recent rise of “Chinese Americans for Trump” after moving to a battleground state from Beijing. A gun-toting first-time candidate courts Tea Party votes and supports voter ID legislation in the South, where a University of North Carolina anti-racism educator believes the North Carolina General Assembly Republicans proposed vote ID amendment on the 2018 ballot is “making it harder for people to vote.” The film crafts an insightful look at the power and diversity of the Asian American electorate, the fastest growing eligible voters in the United States, and explores the intersection of immigration, voting rights and racial justice.

Thanks to Yi Chen, who made this amazing film, and everyone that helped out with the score!